Founded in January ‘06, ezVoice emerged as a spin-off from Convex ISP, one of the first internet providers in Brazil.
ezVoice became one of the first VoIP providers in Brazil with a hybrid telephony platform based on open-source software.
Company Headquarters are located at Ribeirão Preto city, a commercial and technology reference in the country.
Our focus is offering a wide range of solutions for telecommunications, bringing the technology to the limits, in any device, from analog phones to IP Phones and smartphones.
In 2010, ezVoice won Sangoma’s Top App contest with our distributed call recording solution, the ezRec Hive.

ezRec is a solution for recording phone calls from multiple locations using an automated recording appliances called Drones.
It connects to a central server called Hive through a regular broadband internet connection and replicates the recordings that are saved locally. The transmission and access of the recordings are made using an encrypted tunnel (VPN) .
The appliance hardware can store up to 7,000 hours of recording on a SSD drive if the connection to the central server is lost.
All the management tasks are done over a simple web interface or the iOS (iPhone & iPad) app.

Information Security
All the recordings that are stored locally on each recorder are replicated to a datacenter, that meets the most discerning requirements of physical and logical security.

Client-Server Architecture
He calls recorded by the remote servers (Drones) are sent automatically to a central server (Hive) hosted in a private or public datacenter over a secure, encrypted VPN connection using a regular broadband internet connection.

Centralized management through web browser or mobile application
All administrative tasks of the remote recorders are done troughout a web interface hosted on the central server. The users can also use a mobile application for iOS devices like iPhone, iPod and iPad.

Quick and Easy Install
The equipment installation is easy and intuitive and does not require skilled labor.
It’s done in two steps: Network configuration using the LCD on the front panel and connecting the phone lines to be recorded using a special adapter provided by ezVoice.

Local storage on Solid State Drive (SSD)
The recording appliances ships with SSD in place of conventional hard drives because of the advantages related to data security, hardware lifetime and transportation benefits due to the lack of moving parts.
Each SSD can store up to 7,000 hours locally if the recorder loses connection with the central server.

Flexibility
The Appliance supports from 4 to 48 analog lines or up to 2 digital E1 trunks with R2 or ISDN signaling. 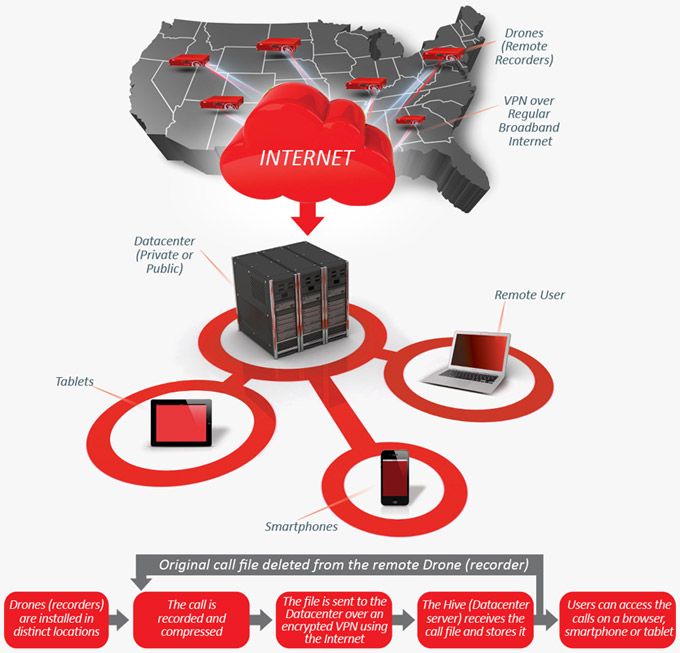 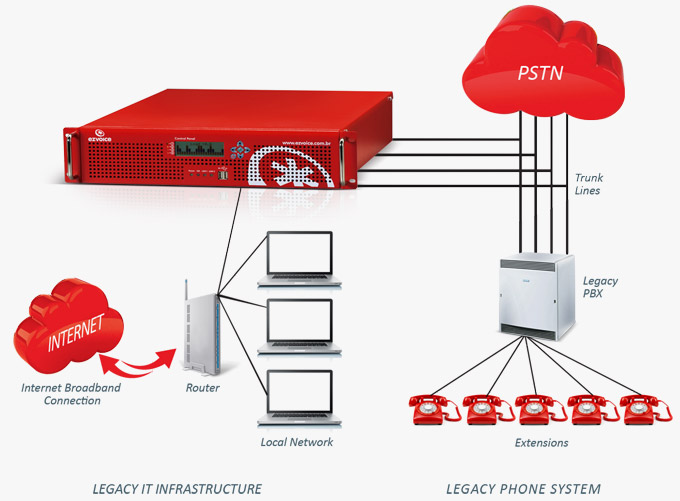 Copyright © 2016 -ezVoice. All rights reserved
TALK TO A CONSULTANT